Every exploration and every empirical research are just as good as the background theory that sustains, underpins and guides this research.

This seems to be a simple statement, but its consequences are huge and pose a rather radical approach in an empirical science such as Geomorphology.

Consequently, in my doctoral thesis “System theory in Geomorphology” I critically analysed the current (system) theoretical thinking with the aim to offer a new perspective for a Geomorphology: understanding systems as open but also operationally closed, and as self-organising and complex. By using second order system theories, my attempt was also to bridge the gap between Geomorphology and Human Geography as well as neighbouring disciplines.

In my post-doctoral research, I deepened and extended this work, culminating in the question which theories and which geomorphology are fit for recent challenges such as Global Environmental Change and/or the Anthropocene. My basic assumption is that theory and empirics stimulate each other in a continuous cycle, and science – especially today – needs both components to be successful and to deal with the grand challenges of the 21st century. Ideally, this stimulation takes place in an intense discourse between theorists and empiricists, and this is what I am immensely interested in. This discourse is also the framework for my works on systems, dialogue in Geography, and self-organising change. Especially the latter aspect of change by self-organisation rather than by only or mostly external triggers also guides my current and future research. 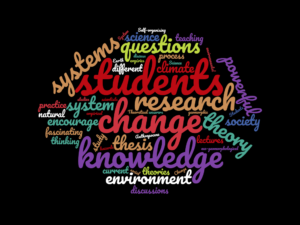 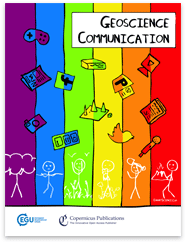